The PPA Bill - what’s at stake?

Through various channels, SAGA has been lobbying government and the Department of Trade and Industry (DTI) to effect changes to the existing Performers Protection Act, which dates back to 1967 and which fails to protect the rights of actors in today’s environment.

In a number of global jurisdictions an actor is granted both moral and economic rights in connection with the fruits of their efforts. In Hollywood, for example, many older actors are able to survive long after work offers have dried up as they receive residual income from the body of work they have built up during their productive years. Residual income is based on the notion that an actor has the exclusive right to their own image and as a result they are able to retain a stake in their work product as the “long tail” niche markets open up. As a film goes from the big screen to successively smaller screens in its journey from the cinema to broadcast television to DVD release in various territories, an increasing number of revenue streams come on line and the actor shares the benefits.

In South Africa, on the other hand, actors frequently die as paupers.

Filmed entertainment is a global business, and with advances in technology, distribution platforms for entertainment product are proliferating at an alarming rate. In 2012, the World Intellectual Property Organisation (WIPO) adopted the Beijing Treaty on Audiovisual Performances which seeks to regulate matters of copyright in audiovisual material and, in particular, the rights of performers. (This position recognises that an actor has an intellectual input in their performance over and above that of the author of the work).

When the DTI published the draft Copyright Bill for comment in 2016, SAGA was able to highlight the legal principle ‘lex specialis’; for actors and other performers, any improvements to the Copyright Act would be over-ridden by the Performers Protection Act, meaning this piece of legislation would need to be urgently revised as well.

Accordingly, on 5th July 2016, Minister of Trade and Industry Rob Davies published a notice in the Government Gazette of his intention to introduce the Performers Protection Bill into Parliament.

“To amend the Performers Protection Act No 11 of 1967 so as to insert or substitute certain definitions; to address issues relating to the payment of royalties to performers; to safeguard the rights of contracting parties; to promote performers’ moral and economic rights for performances in audiovisual fixations; and to provide for matters connected therewith”.

A Portfolio Committee has subsequently been established and interested individuals and stakeholders have been invited to submit written comments on the Performers Protection Amendment Bill [B24-2016].

What does SAGA say?

SAGA has been actively engaged in the process of revising the legislation; our position is primarily informed by provisions of the Beijing Treaty that recognise the actor as the legal owner of their image (both their physical and vocal likeness), together with full moral and economic rights connected with the exploitation of that image.

An actor’s earning potential is directly proportional to the extent to which their image is exploited; once an actor is indelibly associated with a certain character, for example, the possibilities for pursuing other opportunities diminish. Control over the exploitation of their own image is essential if an actor is to build a sustainable career.

Furthermore, SAGA believes that the moral and economic right to their own image is inalienable; it is current practice to require an actor to relinquish all further rights ahead of their engagement on a production. SAGA believes the Act should offer protection where actors stand to be exploited due to their relatively weaker bargaining power in any negotiation. 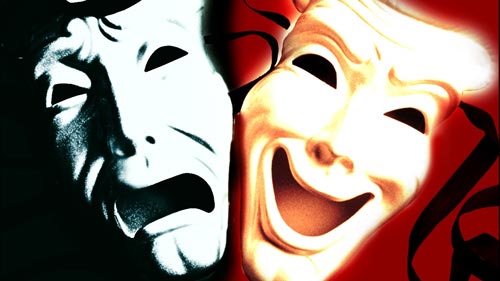 Hone your craft as a professional actor